Fact: it is a myth that the same cannabinoids present in cannabis naturally occur in human breast milk or cacao, despite false claims made by some print and online publications. It’s a great headline, but it isn’t true. Let’s go deeper into the facts.

The cacao-cannabinoid myth has been thoroughly debunked; cacao (Theobroma Cacao, to be specific) does contain cannabinoid mimics that researchers suggest may elevate levels of the aforementioned endocannabinoids anandamide and 2-AG. Like human breast milk, it does not contain THC, CBD, or any other cannabinoid present in cannabis. These "mimic compounds" may impact the functioning of the human endocannabinoid system, thereby increasing the concentration of endogenous cannabinoids in the human brain and body. This is an important distinction: phytocannabinoids and endogenous cannabinoids are not the same thing in any sense. Chemically, legally, and functionally, they’re completely different compounds.


Phytocannabinoids are those cannabinoid compounds which occur naturally in plants, including cannabis, hemp, moss, pine trees, citrus, and possibly hops. There may be other sources we simply haven’t discovered yet, since several of these discoveries have been made in the last two years.


Endogenous cannabinoids (or endocannabinoids) are those cannabinoid compounds which naturally occur in non-plant living bodies. Not only humans, but all mammals, birds, fish, and reptiles, have endocannabinoid systems made of these endocannabinoids and the receptors they act upon. So far, anandamide, 2-AG, and virodhamine have been discovered, and these were identified relatively recently. There may be more that are as-yet unknown to us, since the field of cannabinoid research is still so young. The endocannabinoid system has been shown to be involved in regulating a vast array of physiological systems, including--but not limited to--memory and learning, bone growth, reproductive processes, metabolism, and insulin resistance. 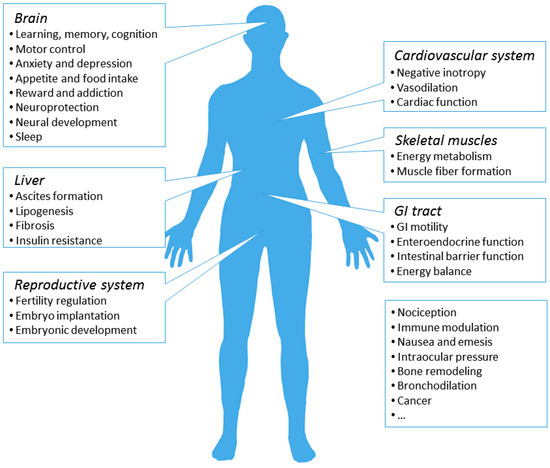 
Fun fact: the endogenous cannabinoid anandamide was named after the Sanskrit word “ananda”, meaning “eternal bliss” or “supreme joy” by the researchers who first discovered it.

Thanks for reading! I hope that this article helps pave the way for more accurate reporting on the science of cannabinoids and our bodies.

Feel free to reach out to us on our website, via Facebook, by calling (719) 358-7553, or coming into any of our brick-and-mortar locations for a face-to-face chat!